Rebecca was raised in regional New South Wales, went to school and university in Canberra, spent a gap year living in the United Kingdom, temporarily took up residence in Germany for a few months of her uni degree and now finds herself back out in 'the bush' in regional Australia. She holds a Bachelor of Laws with Honours and a Bachelor of Arts from the Australian National University, a deep and all consuming love for her dog and perhaps of most relevance here, a dedication to making plant based food more accessible, easy to make, fun and most importantly, tasty!

After many years struggling with being overweight and burdened by an unhealthy and uninspiring lifestyle, Rebecca decided that enough was enough, so in June 2014, at the conclusion of her first semester of university, she decided something had to be done about the excess weight, the lack of fitness and poor health, thereby signalling the birth of The Orange Kitchen, named so because Rebecca is a proud ginger and is literally an orange in the kitchen. While initially a ragtag collection of random things she cooked up, these days The Orange Kitchen is, in her own words, "...a fully legit..." foodie blog, complete with recipes for every meal you could possibly image yourself eating as well as lifestyle and health sections where Rebecca features some of her travel musings and general life know-how.

Aside from making a mess in the kitchen and eating the delicious creations that she crafts up there, Rebecca has a full-time regular job as a political advisor. She also enjoys travelling and can often be found on a plane exploring the far corners of the globe (and sampling all the delicious foreign food along the way). She's a big fan of being outdoors, and claims hiking in the mountains and snowboarding as two of her favourite activities. In addition to English, she speaks (arguably grammatically poor) German and Spanish that is apparently sufficient enough as to give an Argentine bus driver directions to a hotel despite not actually knowing the words 'left' and 'right' in Spanish. She's also taken to teaching herself French in her spare time which is going tres bien in the reading comprehension part however leaves her entirely confuddled regarding pronunciation and the French number system. She absolutely adores dogs, has an obsession with indoor plants, enjoys watching sunsets, quite fancies a leisurely run outdoors but never on a treadmill, claims peanut butter, fresh berries, tofu and chocolate as her favourite foods and gains a high degree of satisfaction from speaking about herself in third person.

She hopes you find some kind of inspiration here for a healthier, more wholesome lifestyle and if not, sincerely hopes you enjoyed reading this delightful third-person biography as much as she enjoyed writing it.

If you still haven't had your fill of reading about me, here's some Frequently Asked Questions!

If you would like to collaborate, have a long discussion about how delicious peanut butter is, or tell me a quality dad-joke, you can contact me at orangekitchenfood@gmail.com (P.S. please do tell me a dad-joke because I'm actually the self-professed queen of cringe-worthy humour and dad-jokes top the list of hilarious things). I'm available and interested in all kinds of culinary opportunities, from recipe development, food styling and photography through to creative consulting and product testing. 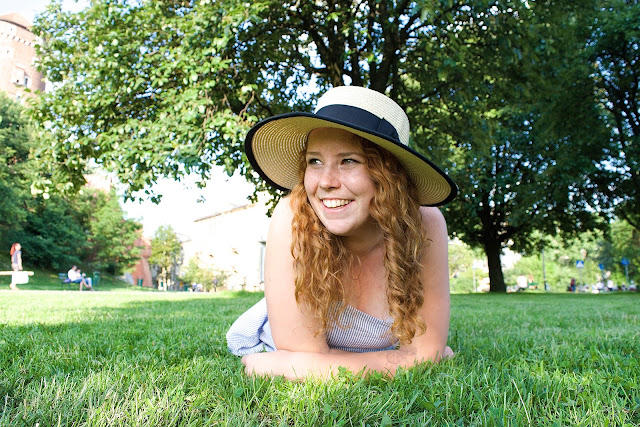