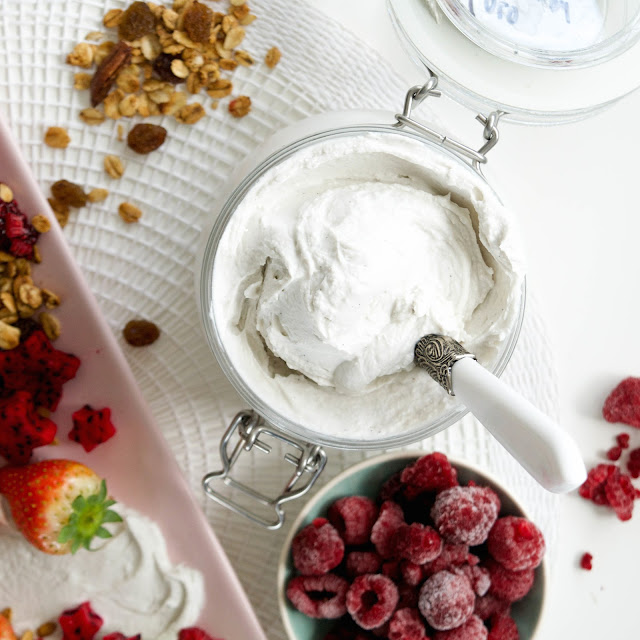 Coconut yoghurt, affectionally dubbed 'coyo', is a fridge staple for me and something that I use in a lot of my recipes, as well as enjoy eating at the main affair itself.

The great secret to good coyo is that you need to clearly and definitely separate the coconut cream solids from the liquid. Good news is, there's a super duper easy way to do that - simply put the coconut cream cans in the fridge for a minimum 24 hours, though preferably a few days. The longer you leave them sit, the better the two parts of the cans contents will separate and the better your coyo will be!

Aside from tasting like a tropical paradise, coconut is highly nutritious and rich in fibre, vitamins C, E, B1, B3, B5 and B6 and minerals including iron, selenium, sodium, calcium, magnesium and phosphorous. Coconuts are also one of the highest sources of electrolytes in nature. As someone who runs most mornings, it's really important for me to replace all those lost electrolytes (otherwise I do not recommend crossing paths with me later that day!). I eat some kind of coconut almost every single day for breakfast, but coyo is absolutely my favourite way of having coconut. In the shops, coyo can be extremely expensive (not to mention, rather dubious tasting at times...), and as a student, I certainly cannot afford to sustain my coyo addiction if I were not to make it myself. Luckily, the homemade version requires only two ingredients and, if you take the time to separate the two parts correctly, is actually surprisingly easy!

I like to eat my coyo along with some crunchy Macadamia, Pecan, Apple and Sultana Granola, along with some homemade raspberry chia jam and fresh fruit! That friends, is what you might fancy calling a 'match made in heaven'!! 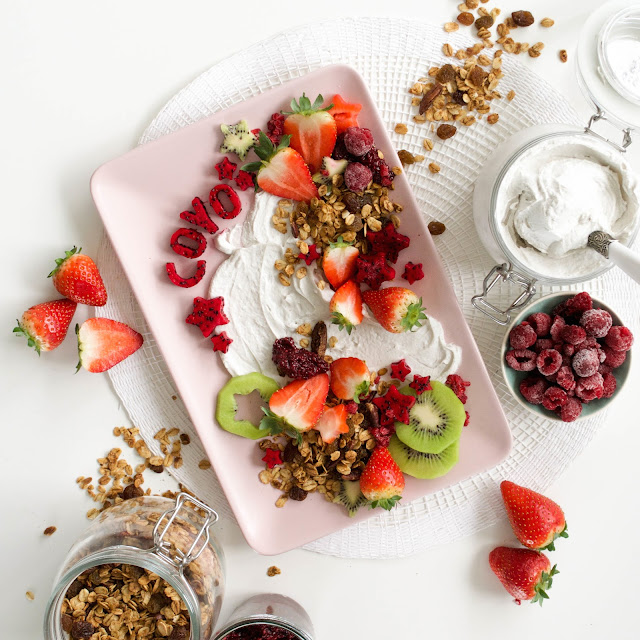 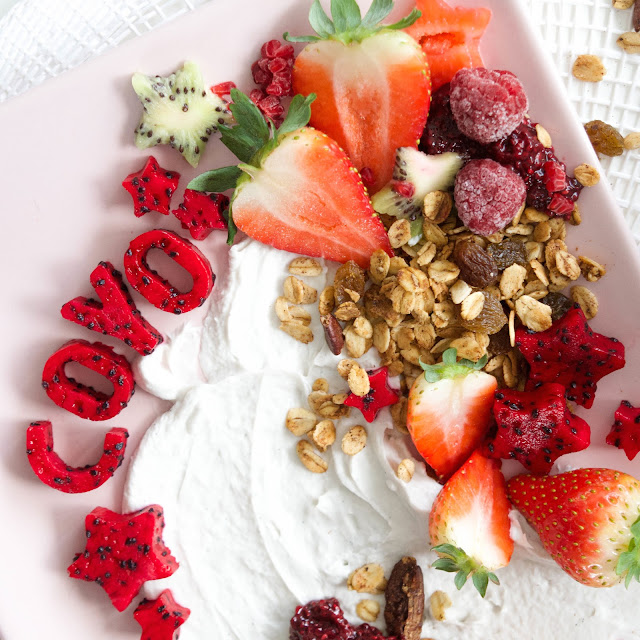 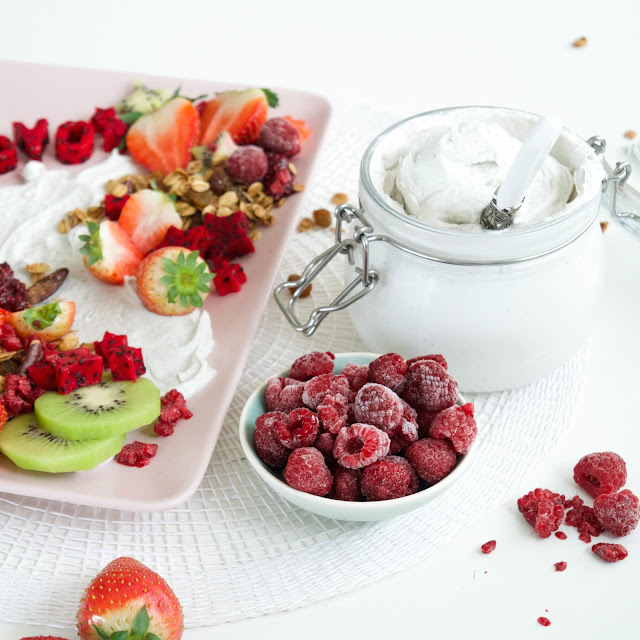 1. Buy your coconut cream and when you bring it home, put them in the fridge for AT LEAST 24 hours. The longer the better! (I frequently have mine sit for weeks before using them!)
2. After the cans have sat refrigerated for long enough, remove them and open. You should find that the top half/three quarters of the can is made up of a mostly solid, creamy white stuff. That's the part you need. Use a spoon to carefully scoop that solid part out, leaving behind the coconut water that will be at the bottom of the can (you can use it in smoothie's later!). You can scoop the mixture into a bowl and use an electric mixer to combine (this is the better option), or also into a blender if you please.
3. Add the maple syrup and vanilla and mix/blend for a minute or until well combined.
4. Pour into a jar and refrigerate overnight before using. EASY. PEASY. 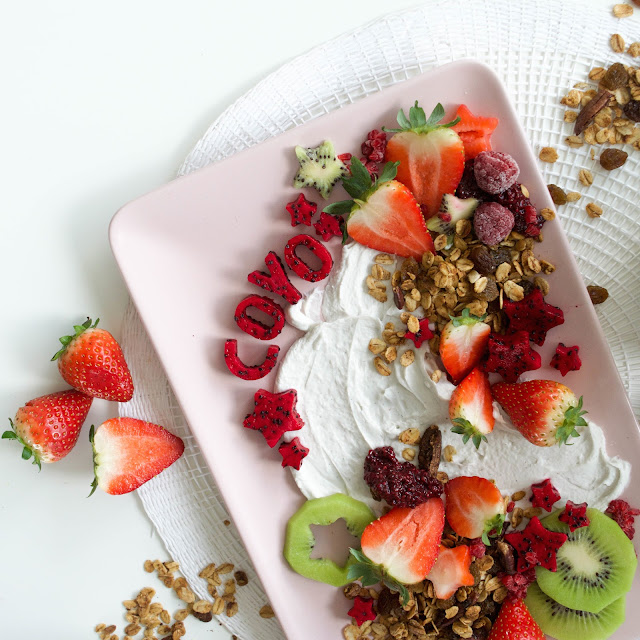 Posted by The Orange Kitchen at 12:06 am