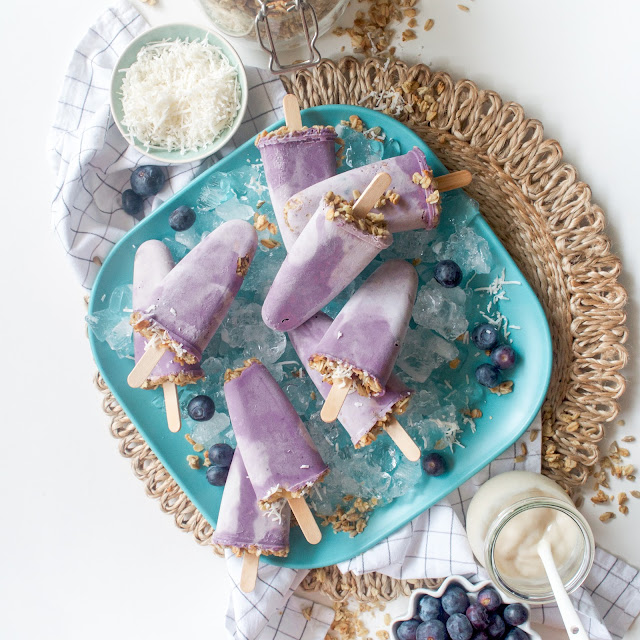 We've been having a VERY hot summer in Australia, which is kinda nice to be honest because hot weather is also ice cream/popsicle weather, and lemme tell you - I LOVE ICE CREAM!

A few weeks ago I made my first proper cheesecake - one that has vegan cream cheese as the base ingredient and as it so turns out, that cheesecake was/is/will always be the BOMB.COM because hot damn does it taste good. I must confess however, that until fairly recently, I didn't realise that the crucial ingredient to that magical cheesecake, vegan cream cheese, was a thing. Delightfully, it is most definitely a thing and it's every bit as creamy and delicious as you might imagine. The best news though, is that it's available across Australia in most regular supermarkets. It's super satisfying/great/WOW to see veganism and vegan products become more widely available and not just some random weird diet and lifestyle that people choose to follow. It's even better however, that I myself can now easily obtain such vegan products because it means I get to make things like actual cheesecake and have really yum things in my life!

While inspired by the cheesecake I created a few weeks back these Blueberry Cheesecake Popsicles are also distinctly unique courtesy of the blueberries. Aside from making them a decadent purple colour, the blueberries add a really fun berry flavour to the magical cheesecake mixture and long story short, you end up with some major deliciousness! Sprinkled with some granola, these popsicles have quickly become my summertime go-to dessert and yeah look I guess you probably could say that you need some in your life too! 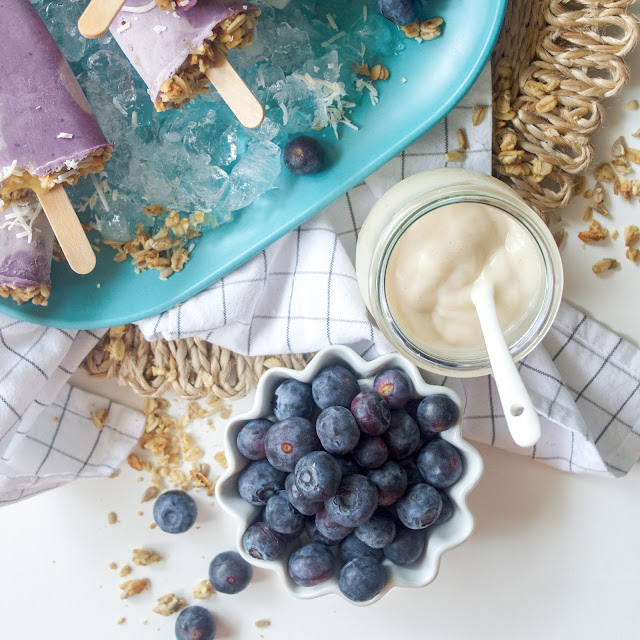 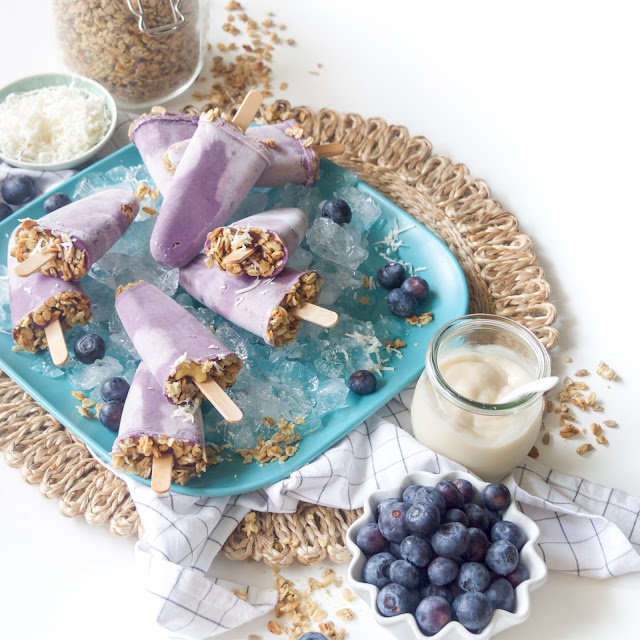 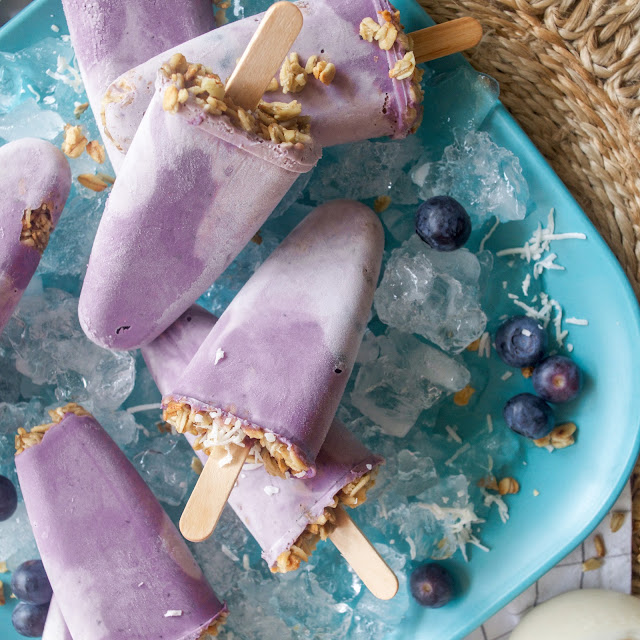 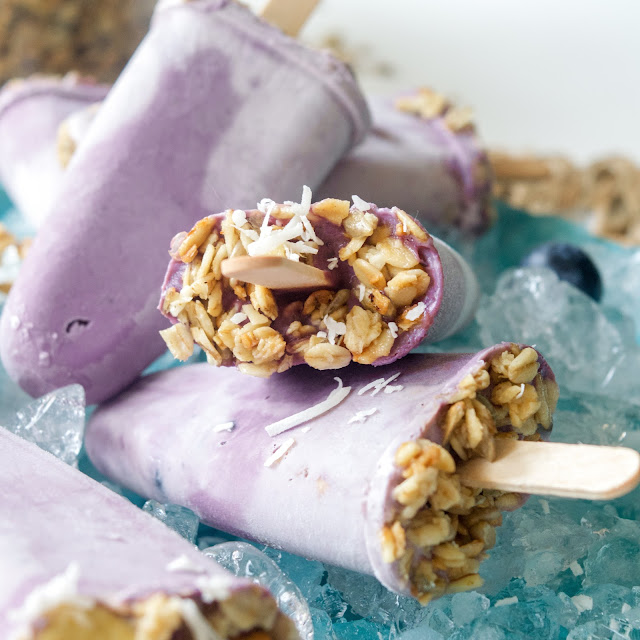 Ingredients;
225gm vegan cream cheese (I used 'Sheese' Cream Cheese, Tofutti would also work well!)
1 cup raw cashews1 cup coconut cream2 tsp vanilla essence4 tbsp pure maple syrup1 cup blueberries (fresh or frozen)
1/2 cup coconut yoghurt
1/2 cup granola
1. Take a small bowl and put your cashews in there. Cover them with boiling water and allow to soak for an hour or two. Afterwards, drain them and rinse with cold water.2. Place the cream cheese, soaked cashews, coconut cream, vanilla, maple syrup and blueberries in a blender. Blend on medium-high speed until you have a completely smooth mixture (no grittiness from the cashews is the key thing to look out for!).
3. Split half the blueberry mixture into a small bowl and add in the coconut yoghurt. Swirl them through gently, not quite fulling mixing them together - they'll look particularly cool if they are two-toned when you pull them out of the moulds.
4. Take some popsicle moulds and scoop some of the plain blueberry mixture in, the some of the mixture with the coconut yoghurt, plus a little granola. Repeat until you've filled up all the moulds.
5. Before putting them in the freezer, sprinkle some granola over the bottoms and put in a popsicle stick.
6. Place in the freezer overnight and the following day, enjoy the fruits of your handiwork!!! 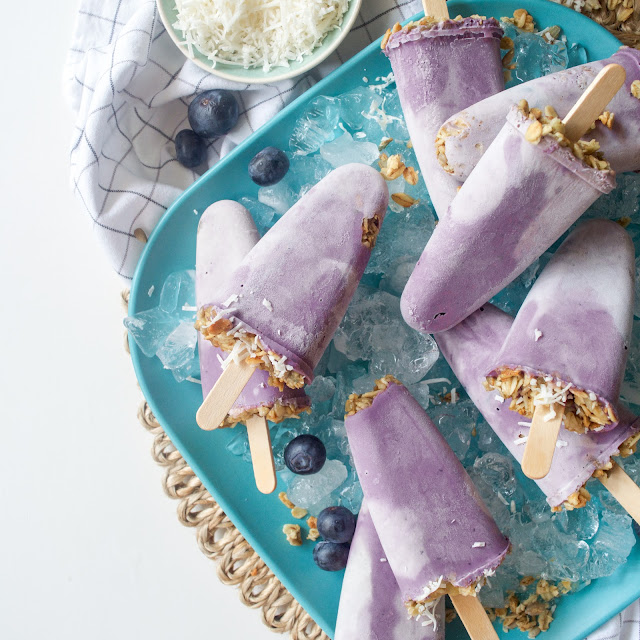 Posted by The Orange Kitchen at 10:22 pm

Email ThisBlogThis!Share to TwitterShare to FacebookShare to Pinterest
Labels: Desserts